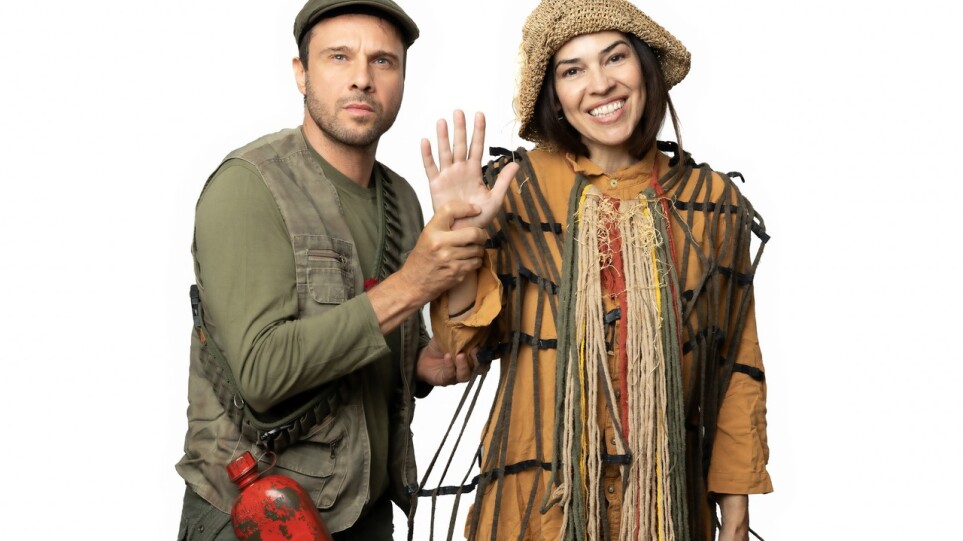 Mr.Dikanos, a relentless landowner, builds a scarecrow and teaches him wild lessons. The scarecrow, however, feels lonely and befriends the birds that christen it Straw and promise to teach it to fly. When Mr. Dikanos suspects that something is wrong, he disguises himself as a scarecrow and exposes the truth. Following is the arrest and trial of a scarecrow. The cold Chief Judge stipulates that Achyroulis must remain confined to a sunless cell, until he builds a thousand and one hundred cages. He makes them, but when he realizes that they will be used for the prisons of his friends, the birds, he destroys them.The angry Chief Judge condemns the disobedient scarecrow to be burned. The last night in his prison cell, Achyroulis has a dream. Titivue, his old winged friend, explains why he can now finally fly. In the last scene, a unique surprise awaits both the jailer and the spectators of this wonderful work.

Public Benefit Enterprise of the Municipality of Elefsina