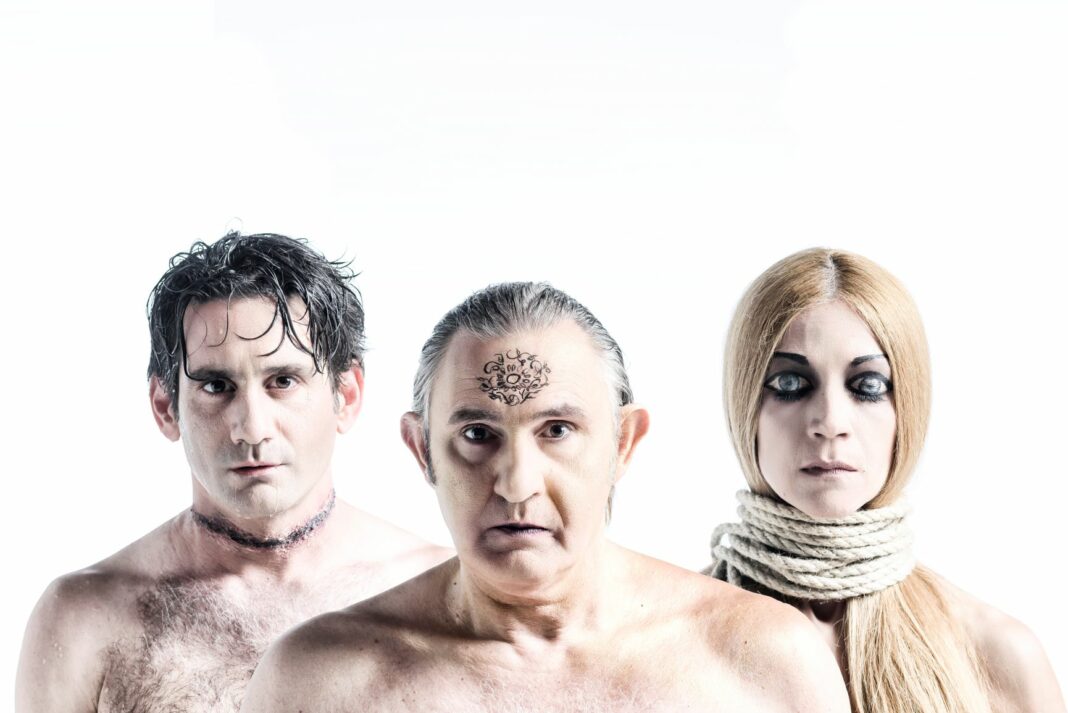 Ars Aeterna Art Company and Municipal & Regional Theatre of Ioannina present this summer Euripides’ Bakkhai, one of the greatest plays of classical Greek drama, and in some ways the quintessential Greek tragedy. Directed by Nikaiti Kontouri, the play will be presented at the Ancient Theatre of Epidaurus (August 13, 14 & 15) within the Athens Epidaurus Festival 2021, and on tour in some major cities in Greece and Cyprus.

Akis Sakellariou, Odysseas Papaspiliopoulos and Ioanna Pappa portray Dionysus, King Pentheus and the seer Tiresias respectively, leading an excellent cast, under the original music of Thrax – Punks, in a play that can be summed up as a ritual of feelings, emotions, rage and unreason.

The Bakkhai is the only extant ancient play featuring god Dionysus as a character, mercilessly punishing all those resisting the might of nature and the transformative experience of divine intoxication. The familiar, benign God of wine, ecstasy and Theater, wears his primordial, enigmatic face, which is extremely complex and dark.

Written in Macedonia after the playwright’s voluntary exile from Athens and produced posthumously, sometime after 406 BCE, the Bakkhai epitomises Euripides’ philosophy while being open to various philosophical, ideological and dramatic interpretations.

The plot. Dionysus arrives in Thebes, his mother’s homeland, accompanied by his loyal followers from Asia, the Bacchae, in order to impose the rites of his worship and punish all those who oppose him, daring to dispute his divine nature. Among them, King Pentheus refuses to recognize this new god and is subjected to his wrath. Driven mad by the god’s power, he dies after experiencing gruesome dismemberment at the hands of his mother, Agave, and her sisters – themselves driven by the God into an ecstatic frenzy. As the play ends, the violent establishment of the new cult leaves the royal family devastated and destroyed.